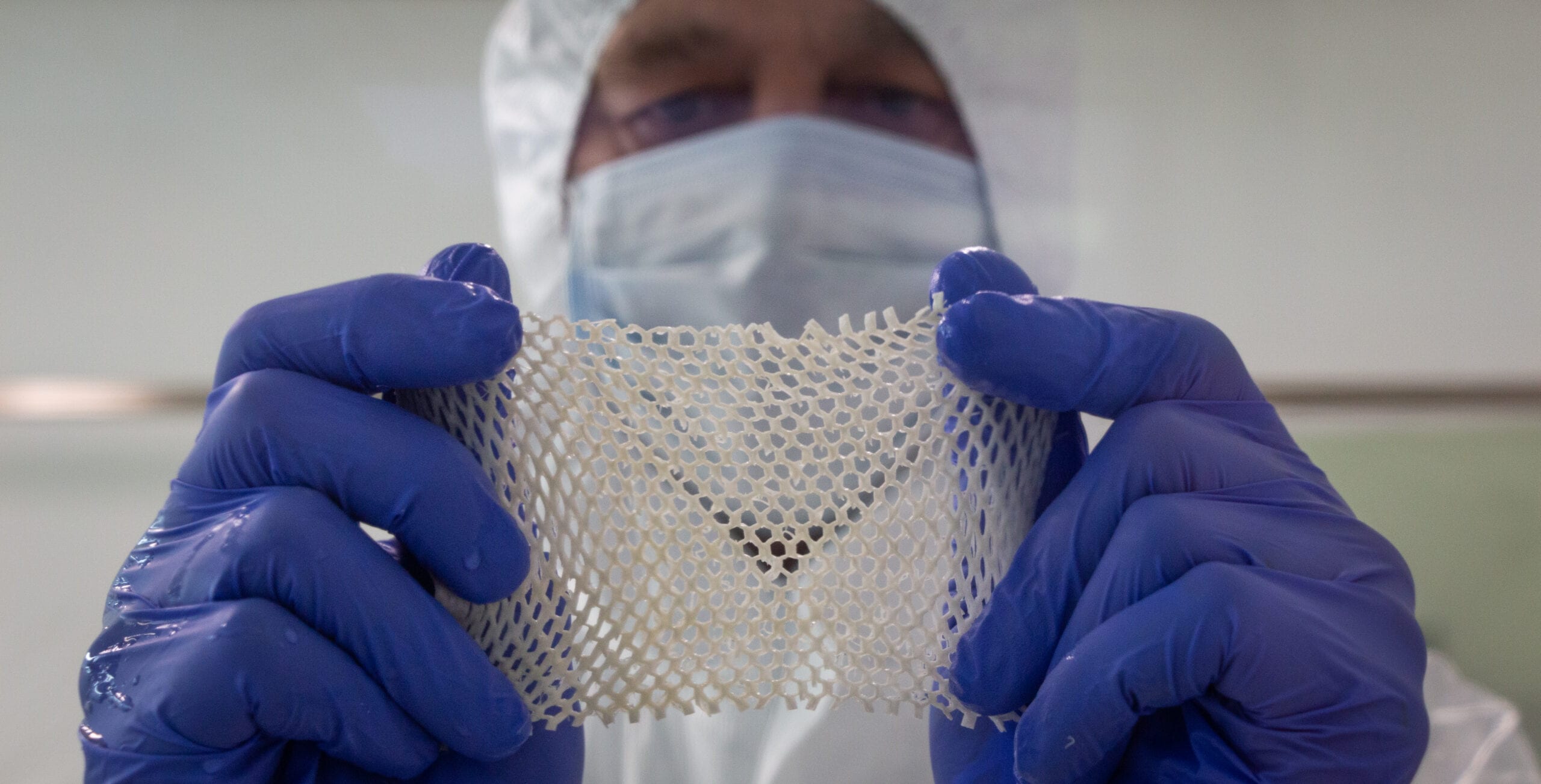 The Institute’s 62-day study is described in the article “Accelerated Wound Closure of Deep Partial Thickness Burns with Acellular Fish Skin Graft” in the International Journal of Molecular Science. The peer-reviewed study compared the results of treatment with Kerecis Omega3 Burn with the treatment results from a bovine product on 24 deep, partial-thickness burn wounds. The results appear in the journal’s special Advanced Biomaterials for Wound Healing 2021 issue.

Kerecis Omega3 Burn is intact fish skin that specifically addresses the challenges of healing burns. It can be used to treat partial and full-thickness wounds, trauma wounds and second-degree burns.

The authors concluded that the Kerecis fish-skin graft integrated into the wound bed faster than the bovine product, improved the wound-closure rate and increased the blood flow. The authors said that “(t)hough further evaluation is needed, this study indicates FSG’s (the fish-skin graft’s) potential as a clinically advantageous therapeutic for the temporary coverage of DPT (deep partial-thickness) burn wounds after NSD (nonsurgical debridement).”

“This scientific study is part of the growing body of clinical evidence that our fish skin may help wounds heal faster,” explained G. Fertram Sigurjonsson, CEO of Kerecis. “Because it is only minimally processed, Kerecis Omega3 Burn retains the bioactive compounds that support cell in-growth, including Omega-3 polyunsaturated fatty acids. Faster wound closure means less suffering, which is particularly important for wounded warriors,” he said.

Split-thickness skin grafts—what the study calls “the gold standard treatment for severe burns”—may not be an option when no donor is available. Some burns are so large that little of the patient’s own skin can be used as a graft source. This creates a need for treatments that can provide immediate, complete coverage and also function like normal skin.

The study tested Kerecis Omega3 Burn and fetal bovine dermis on six anesthetized female pigs in compliance with the Animal Welfare Act, the implementing Animal Welfare Regulations and the principles of the Guide for the Care and Use of Laboratory Animals, National Research Council.

This work was supported by the U.S. Army Medical Research and Development Command through the Military Burn Research Program under Award No. W81XWH-16-2-0045. Opinions, interpretations, conclusions and recommendations are those of the author and are not necessarily endorsed by the U.S. Army.