Pétur Oddsson’s Remarkable Fight for Survival After a Traumatic Accident 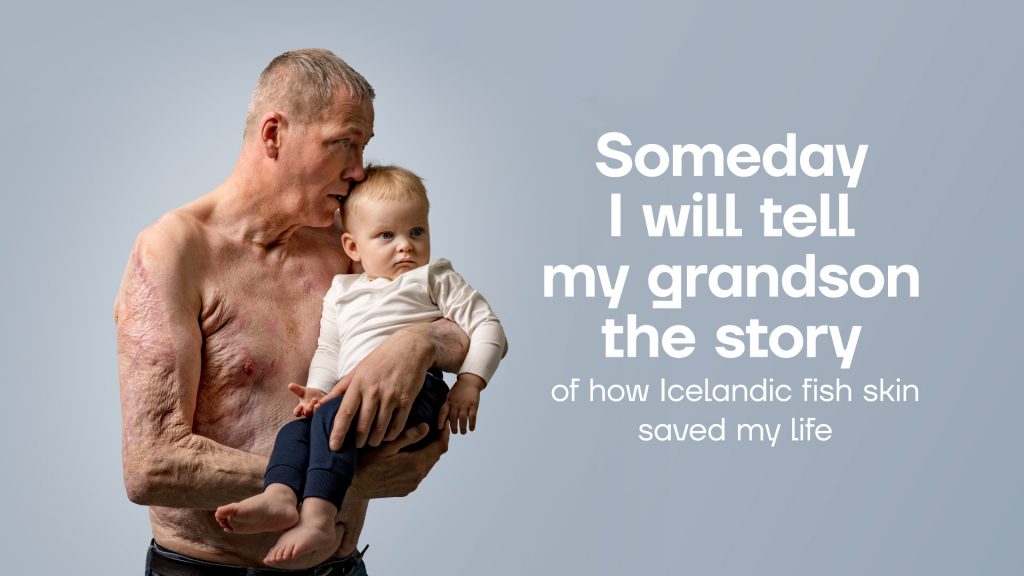 “Without Kerecis, he would probably not be alive today”

Pétur Oddsson had a serious accident while repairing a power station in Önundarfjördur in the Icelandic Westfjords in September of 2020. Pétur was badly burned and was in intensive care for sixty days. He was treated with Kerecis fish-skin and has since made an amazing recovery.

This is his story.

Pétur does not remember anything from the accident, or even months prior to when the accident took place.  What his colleagues told him who were on location is all he can recall.

Pétur was airlifted to the hospital in Reykjavik after the accident.  About half of his body was burned and he had internal injuries as well. For 60 days, he was on and off the ventilator and the operations lasted up to six to eight hours. Pétur was in a coma for about 100 days after the accident. “Later the doctors told me, they never thought he would survive” Sigurlín recalls and adds “I think that without Kerecis, he would probably not be alive today.”

Looking at the possibilities – not the obstacles

“When you wake up looking like that, you may not have much will to live to begin with.  You only look at what is wrong, not what can be improved.  It was a complete black night to begin with, “says Pétur.  Gradually the optimism grew.  ”There was the big step in March when I could eat my first soup, broccoli soup, the best food I’ve had“ he said.

The grandson played a big role in the rehabilitation

Pétur´s daughter lives in Reykjavík where Pétur went through a rehabilitation. A few days after the accident she had a son, Róbert Birnir who Pétur saw for the first time in his life after he came back from an 100 day coma.  Ever since then,  their relationship has been very close. “He has been a good rehabilitation, just playing with him and doing whatever I can.”

Getting back on his feet

Pétur has long been a powerful skier and a member of the trumpet band of the Ísafjörður Music School.  ”It’s just the order of the day to blow the trumpet.  It is a part of the rehabilitation, but I do not think it’s fun for others to listen to a trumpet training program now, so I only play when I’m home alone, it is just the poor dog who must endure it. The dog Tryggur does not seem to mind it and he takes an active part in the rehabilitation by dragging Pétur out for a walk in all weathers. Even though almost 50 percentage of his body was burned, Pétur points out that the biggest burn was in the shirt area, up to the neck and down to the wrists, and therefore not visible in day-to-day life.

“My goal now is to build up strength to be able to go cross country skiing during the winter and finish my early Fossavatnsganga, a 25 km ski marathon.” Pétur says.

The day Pétur was discharged after 6 months at the hospital, his first destination was the Kerecis office in Reykjavik; where he and his wife Sigurlín, shared his story with the Kerecis team. This was a very touching account, an incredible story of resilience and survival. These stories show us the impact that Kerecis can have on the trajectory of people’s lives.

Pétur Oddsson was also featured in a series called Now Go Build on Prime Video, by Amazon. In this series, Werner Vogels, chief technology officer and vice president of Amazon covers startups and innovators around the world who are solving the toughest problems our planet faces. There Vogels met with Kerecis founder and CEO, Fertram Sigurjonsson, in our manufacturing facility in Ísafjörður See the story here.